At Tesla’s Battery Day in September last year, Elon Musk made headlines when he announced a brand-new “massive breakthrough” in battery technology: a tabless lithium-ion battery cell named 4680 that may make it possible to produce electric vehicles (EVs) that sell for as little as $25,000. 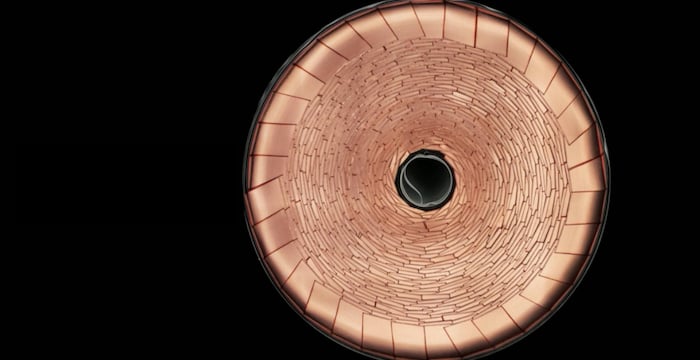 A cross-section of a mock-up of the 4680 tabless lithium-ion battery cell. Screenshot used courtesy of Tesla

While the idea of such a battery technology is promising in theory, the announcement was just that—a theory. As is typical for innovators in the tech space, the announcement and presentation demonstrated little more than an idea in the very early stages of development and nowhere near production.

At the same time, critics highlighted how the presentation came across as more of a recruitment exercise, suggesting that Tesla wouldn’t be able to bring the battery cell to life with its own research and development (R&D) despite recent efforts to build its own batteries.

A New Deal with Panasonic

This is where Panasonic comes in.

Panasonic, the world’s leading battery cell manufacturer, first entered into supply agreements with Tesla almost a decade ago. Since then, the two companies have worked closely and currently have a joint operation at Tesla’s Gigafactory where the batteries for Tesla’s entire fleet of vehicles are produced.

An inside look at Tesla’s 4680 production facility. Screenshot used courtesy of Tesla and InsideEVs

At the beginning of the year, it was announced that Tesla had struck a new deal with Panasonic that will last until 2022 at the earliest. At the time, it was not specified whether this deal would involve the new 4680 battery (despite reports by Nikkei Asia in December that this would be the case).

The announcement came after Tesla published its pandemic-defying performance figures for 2020, a year which saw the company deliver 499,550 vehicles—a mere 450 vehicles shy of its 500,000 delivery goal, despite a significant fall in demand for automotive products.

While it sounds counterintuitive to increase the size of battery cells, the 4680’s size means that the thousands of battery cells found in an EV today (anywhere between 4,000 and 8,000) can be reduced to around 500 while still holding the same amount of total energy due to their increased total energy capacity and general improvements in battery chemistry. This makes EVs cheaper to produce, allowing savings to be passed on to the consumer.

However, it is also this larger capacity that makes the 4680 particularly difficult to produce. The cells in the 4680 are prone to overheating due to the difficulties faced with dispersing heat from their center. They are also more prone to short circuits because of their higher susceptibility to particle contamination.

The Immense Challenge of Producing 4680 Cells

According to a recent report by Bloomberg, Panasonic has confirmed that it will be working with Tesla to develop and manufacture the new 4680 battery cells—but the company acknowledges the challenges it will face in doing so.

Given Panasonic’s near-century of industry-leading innovation and excellence in producing batteries for cars, this acknowledgment of the project’s enormity illustrates just how big of a deal successfully bringing the 4680 battery to market would be. 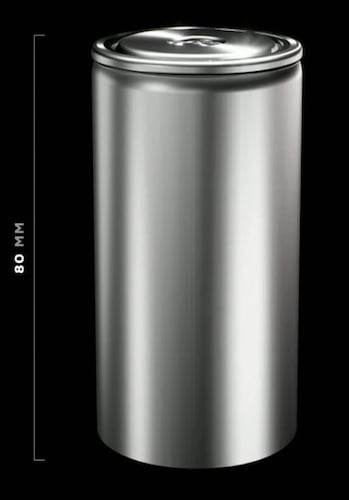 Exterior view of the 4680 cell. Screenshot used courtesy of Tesla

The technology itself is unproven and skeptical industry experts have questioned whether the batteries will be possible to mass-produce even if a working cell is developed. “The jury’s still out on whether they’re deliverable,” said a transportation and mobility analyst at Wood Mackenzie when speaking to Bloomberg.

“Producing these larger cells requires you raise your craftsmanship one or two full levels or there will be safety issues,” said Yasuaki Takamoto, Panasonic’s EV battery head, also while speaking to Bloomberg. He added that Panasonic’s proven safety management systems give them an upper hand and that the company is “well-positioned” for the technical challenges that lay ahead.

Reuters reports that LG has also expressed interest in developing the new battery cells in one of its U.S. or European facilities by 2023, but the South Korean supplier has yet to secure orders for the 4680 cells from Tesla.