Home » Electronic » With a Legacy of 70 Years in Space, Renesas-Intersil Sends Rad-Hard ICs Aboard Perseverance
Electronic


Renesas has reason to celebrate the landing of Perseverance on February 18th, 2021. The Perseverance payload included 20 of Renesas’ Intersil-brand, radiation-hardened (rad-hard) integrated circuits (ICs) onboard, continuing the company’s mission as a major participant in space missions. Renesas announced its contribution to the Mars rover mission back in August 2020.

“Renesas is proud and honored to be a part of the Mars 2020 Perseverance mission that will pave the way for future human missions to the Moon and Mars,” says Philip Chesley, Renesas’ VP of the Industrial and Communications Business Division. 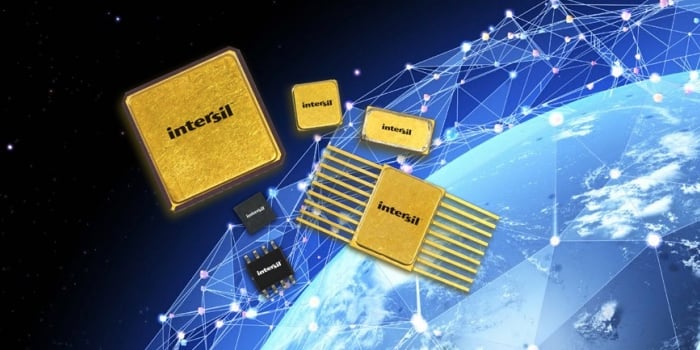 Other announcements by Renesas regarding recent important space missions operating with Intersil technology include the six-year asteroid sample retrieval mission by the Japan Aerospace Exploration Agency (JAXA) launched in 2014 and NASA’s Orion spacecraft in 2015.

From Voyager 1 to Perseverance

Tracking the long history of electronics in space, Renesas’ Intersil brand has a venerable lineage dating back to the 1950s. Renesas-Intersil’s expertise in electronics circuitry for space systems can be traced back to two men, Homer Denius and Geroge Shaw, who founded Radiation Inc. in 1950.

Initially operating out of a small space at the Naval Air Station, in Melbourne, Florida, and through a series of corporate acquisitions spanning seven decades, a company of twelve grew into a major player in space missions ranging from Voyager 1 (1977) to Perseverance (2021). 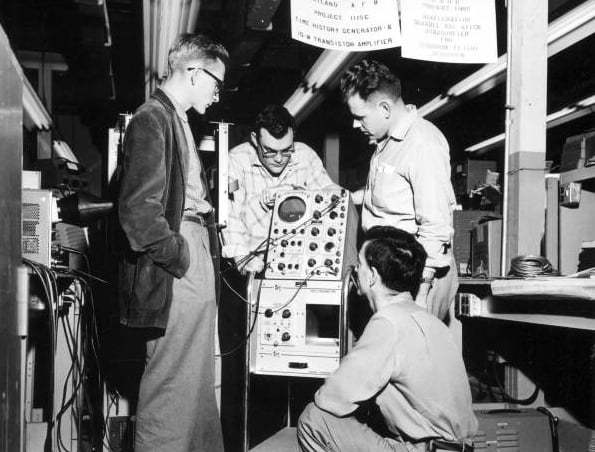 In 1967, after being acquired by the Harris Corporation, the company had grown to 12,000 strong and would continue to develop technologies for the space race, but was also venturing into commercial products in the telecommunications industry.

In 1999, Intersil spun off from Harris to form a more agile semiconductor business. It continued to develop its expertise in the manufacture of radiation-hardened wafers, including building its own low-dose testing facility.

Finally, in 2017 Renesas acquired Intersil to become the “premier supplier of advanced semiconductors.”

The total ionizing dose is the total amount of radiation of accumulated exposure over the lifetime of the components. Testing for TID is completed with both high-dose (50rad(Si)/s) and low dose rates.

Single-event effects, like single-event burnout (SEB) or single-event transient (SET), are statistically uncommon but far more destructive events caused by the impact of high-energy particles on the electronic packages themselves. 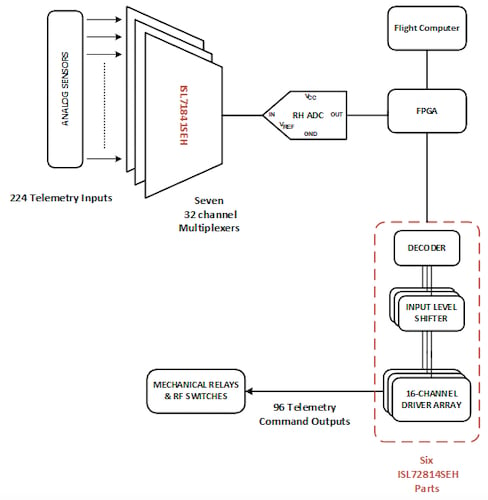 Monolithic integration of telecommunication payload circuitry can reduce footprint size by “up to 50%,” according to Renesas-Intersil. Image used courtesy of Renesas

Beyond the radiation, payload size is a major concern for any space mission. SWaP, otherwise known as “space, weight, and power,” continues to drive the integration of components into smaller package sizes with more functionality.

For example, Intersil claims that the ISL72814SEH is the first rad-hard circuit to integrate decoders, level shifters with 16-channels, into one monolithic design.

Intersil built a low-dose test chamber in Palm Bay, Florida (shown below) to conduct over 300 wafer-by-wafer tests per year (64 DUTs over a two-month period). 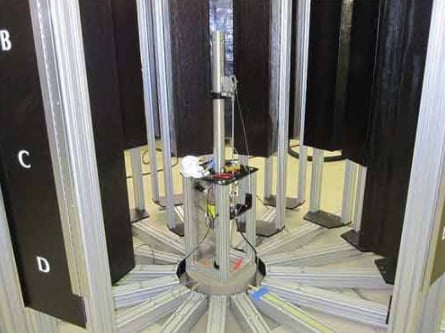 The low-dose irradiation chamber, located in Palm Bay Florida, showing the pop-up source and the racks for holding the wafer segments under test. Image used courtesy of Renesas

While high-dose testing can be completed over the course of an afternoon, the same is not true of low-dose testing. According to Renesas-Intersil, the timeframe for low dose testing at 1mRad(Si)/s is approximately 60 days.

Low-dose testing has an improved metric of component reliability, and Renesas-Intersil is moving its product categories toward compliance with low-dose testing TIDs between 50krad to 100krad. 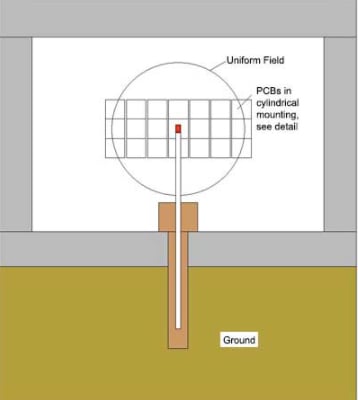 Conceptual view of the radiation point source, in-chamber, with “device-under-test” wafers. Concrete walls 36” thick provide isolation from the test chamber to the outside. Image used courtesy of Renesas

For over 70 years, Renesas-Intersil has developed space-grade electronics that are rigorously tested and supported throughout a design’s life cycle. Currently, it ships more than one billion ICs per year, all of which are compliant with high-reliability standards, such as MIL-PRF-38535/QML.

The Technology Behind Perseverance

Renesas-Intersil’s ICs are just one of the many engineering feats aboard the Perseverance. Check out some other details on the rover’s design below.

From a design perspective, what spade-grade technologies interest you? Tell us about it in the comments below.